I had planned on restoring a big boat someday. I thought a jetski would give me some good practice. A neighbor a few houses down from me had this for sale. There were actually two of them that I purchased for $400. I managed to get one of them running and sold the other parts. The state ground wire was burned up which I learned was a common problem. Someone probably tried to start the ski without a good ground between the starter relay and the motor. This causes all the current to go through the tiny 16 gauge stator ground wire and which fries/melts it. 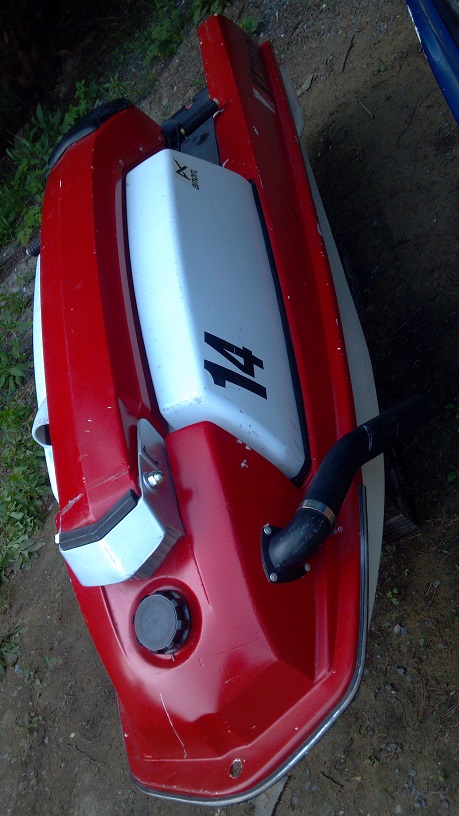 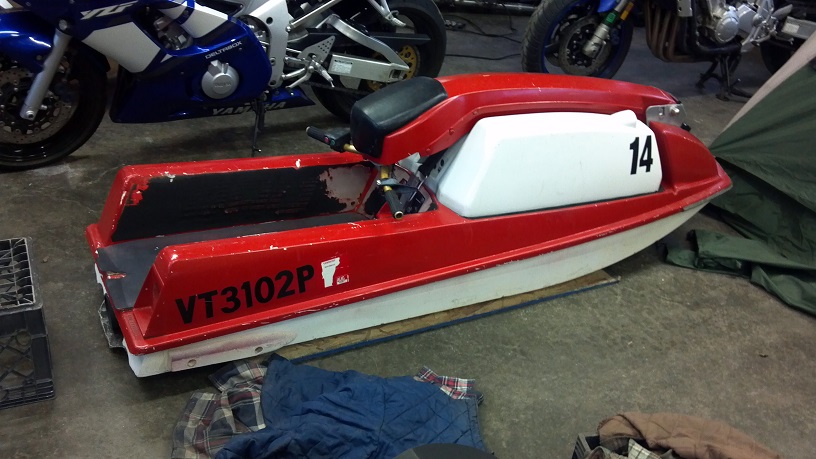 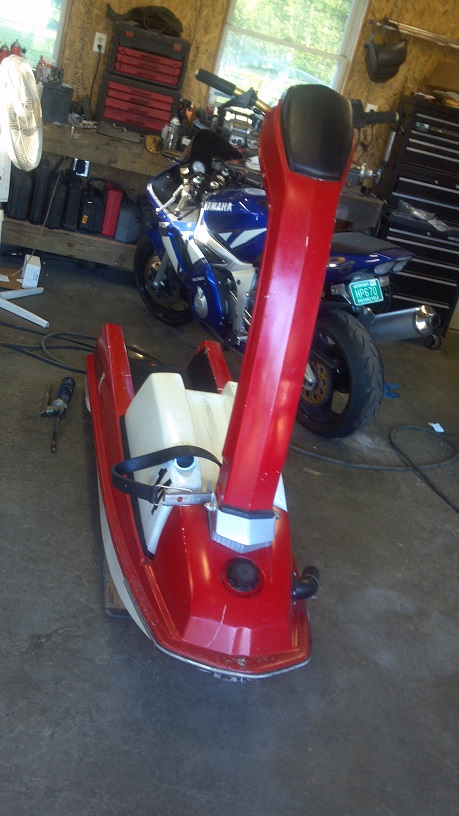 Once I knew it ran fine, I needed to drastically improve the cosmetics. I started by stripping off all the paint so that it was down to bare fiberglass. I used some aircraft stripper, wire brushes, and a lot of sanding. 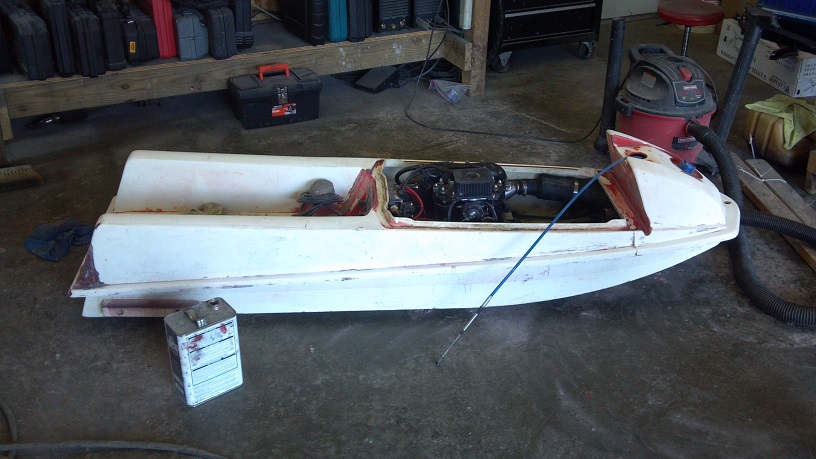 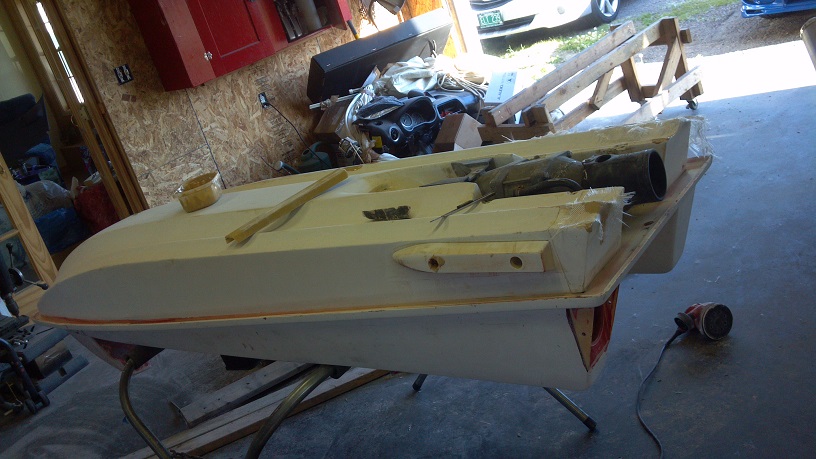 Then it was ready for gelcoat. I had never dealt with gelcoat before, but the instructions were pretty simple. You mix a special reducer and gelcoat mixture. When you spray something it won't dry fully. It will become tacky. When you want it to dry you have to seal the final coat from air. This is done by mixing a wax additive to the final coat. It causes the gelcoat to heat up and harden. Once it hardens you can wet sand the finish smooth and buff it with a series of compound to make it shine. I applied 2 thick coats, let it get tacky, and then applied a final coat the next day with wax additive. I wet sanded and buffed it 3 times using different 3m glazes. 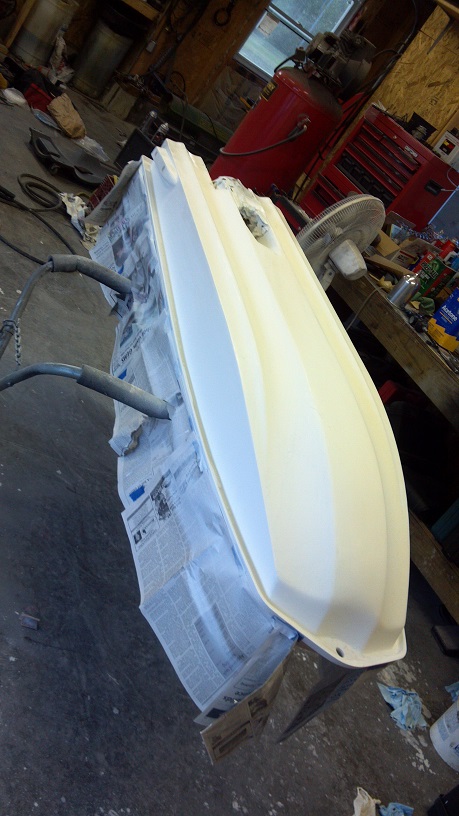 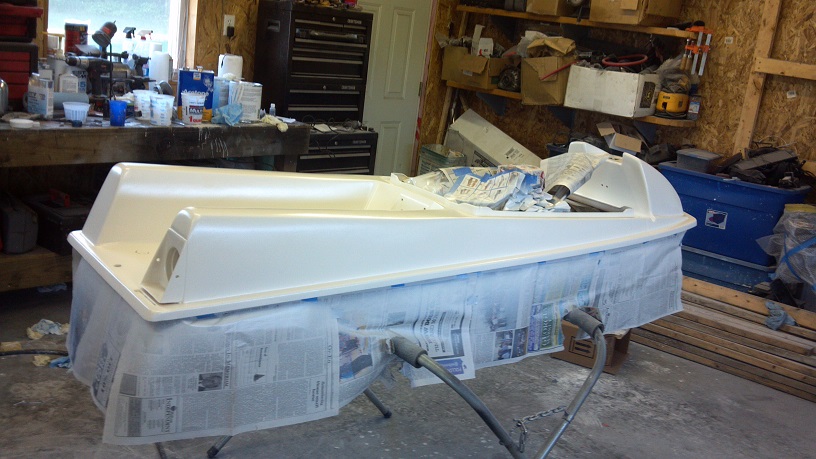 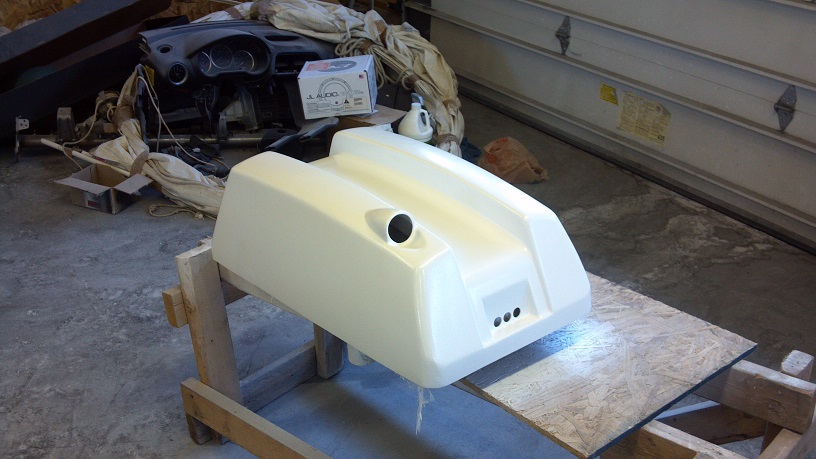 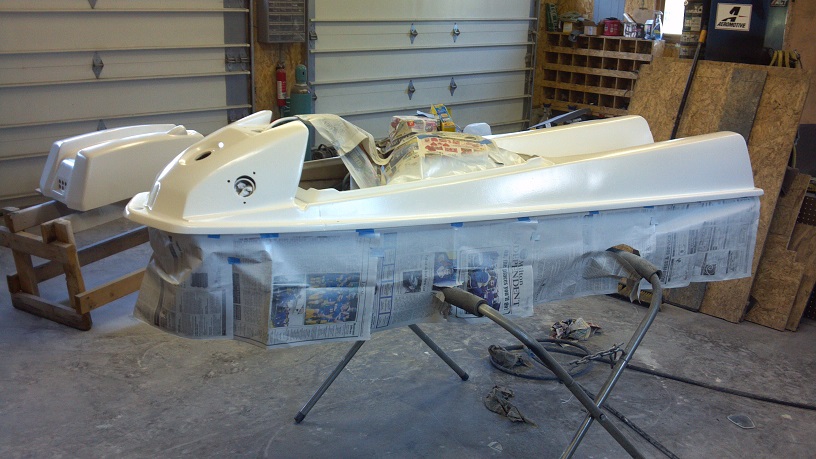 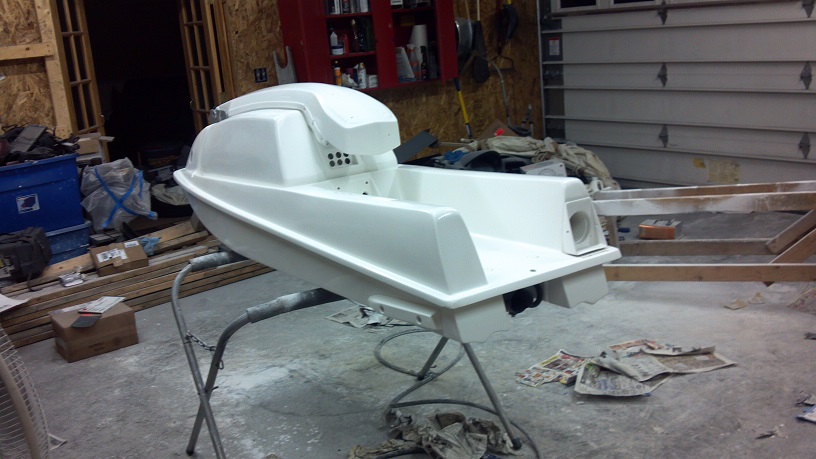 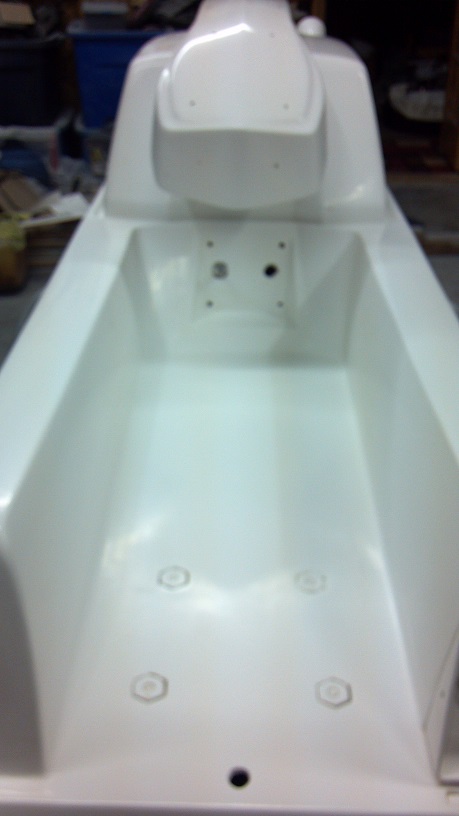 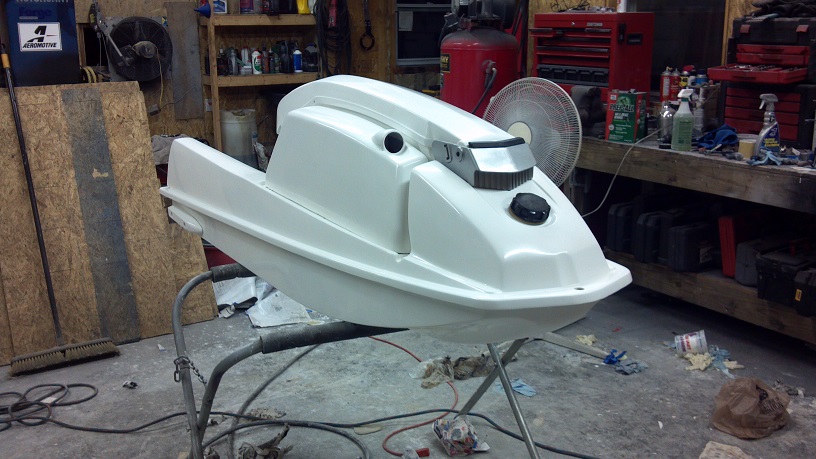 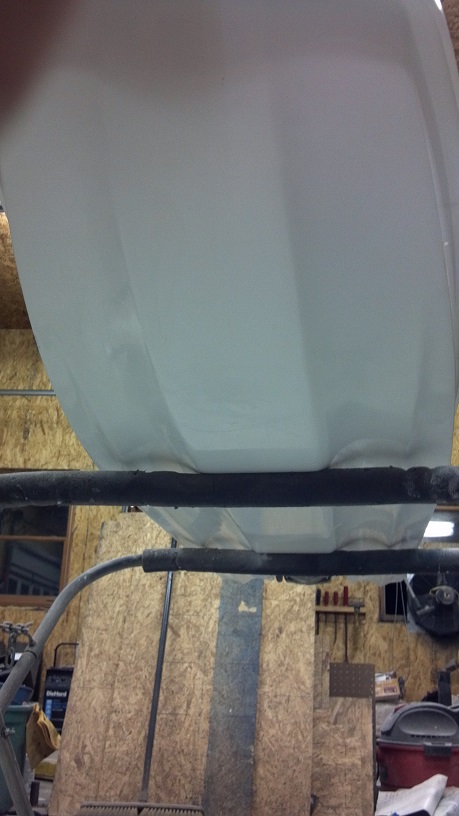 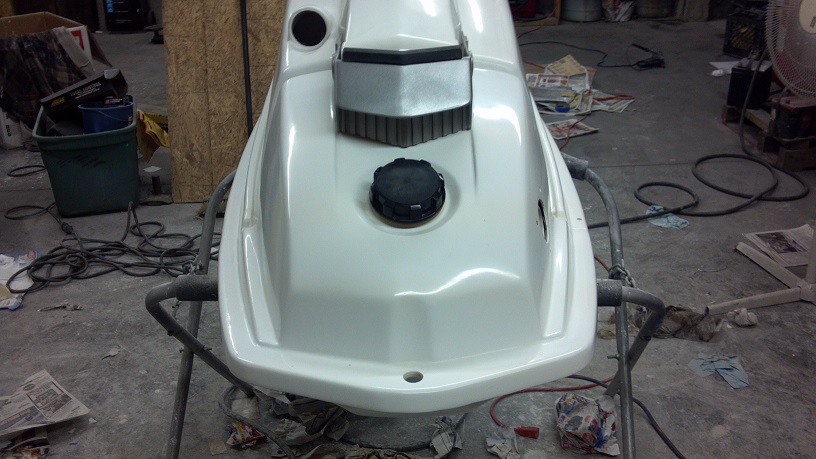 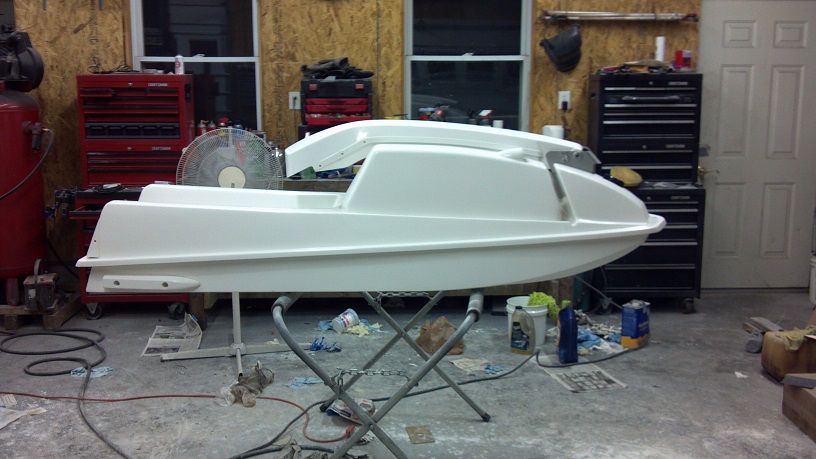 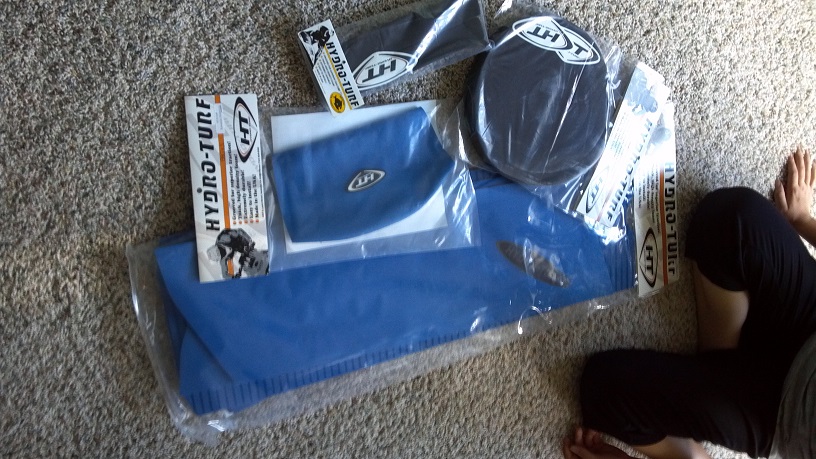 Once it was all coated and buffed, I was on to the fun stuff:) I purchased new hyrdro-turf, a new hood seal, and a new matching chin pad. The ski already came with straight handlebars, and a quick steer unit. I cleaned them up with new paint. I installed a bilge pump as well, a finger throttle, ODI grips, a newer js550 exhaust, and a newer js550 kill switch system. This way if I fall off the lanyard attached to my wrist would cause the jetski to turn off. Without this system, if you fall off the ski is supposed to spin in circles. Apparently that doesn't always happen. The jetski already had a Westcoast intake grate and ride plate too. I shimmed the ride plate as it was kind of wanted to hop out of the water too much. It was a fun little machine. 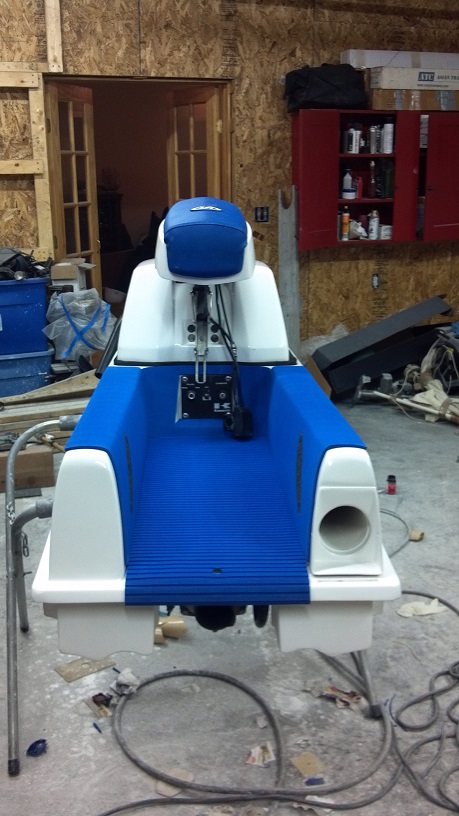 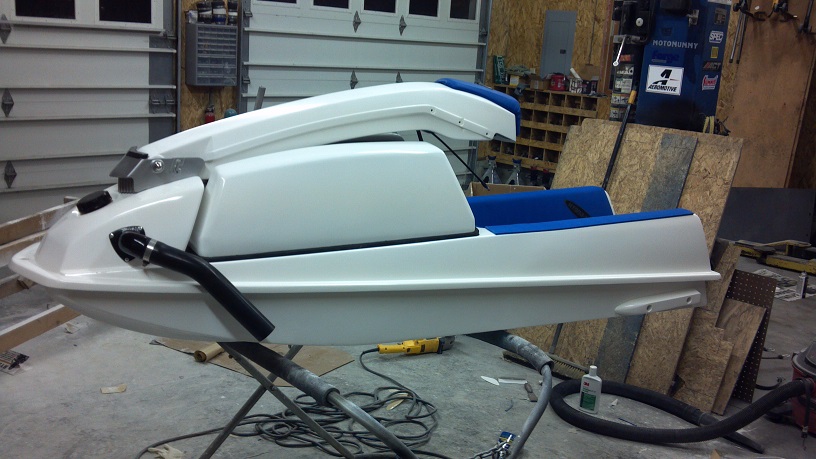 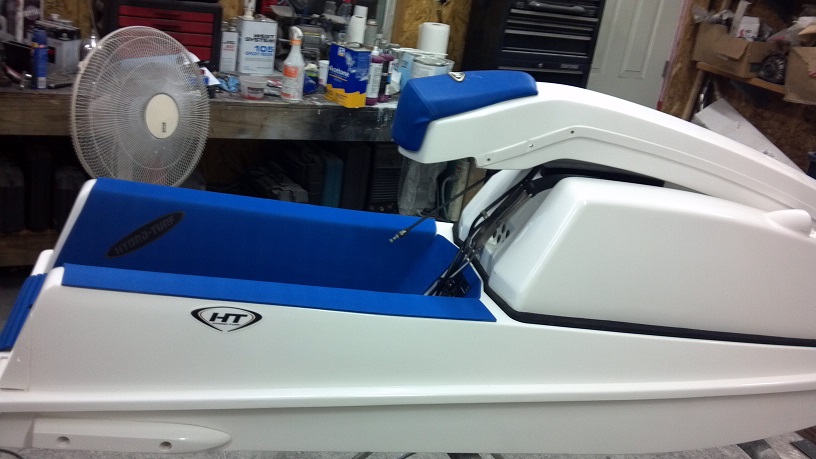 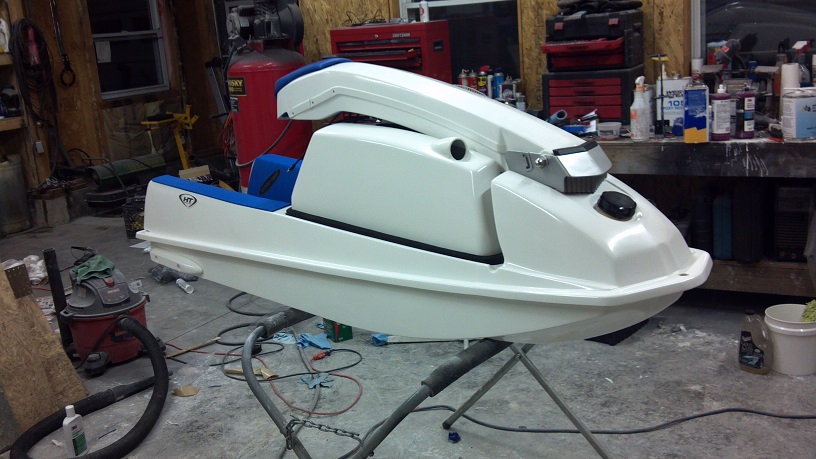 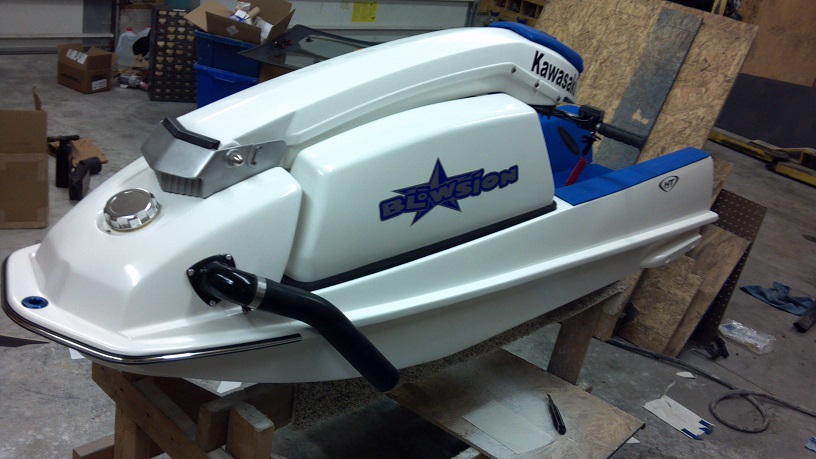 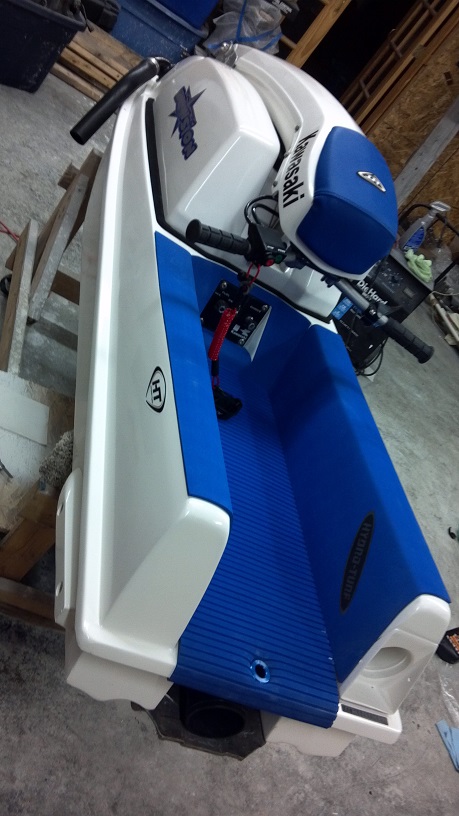 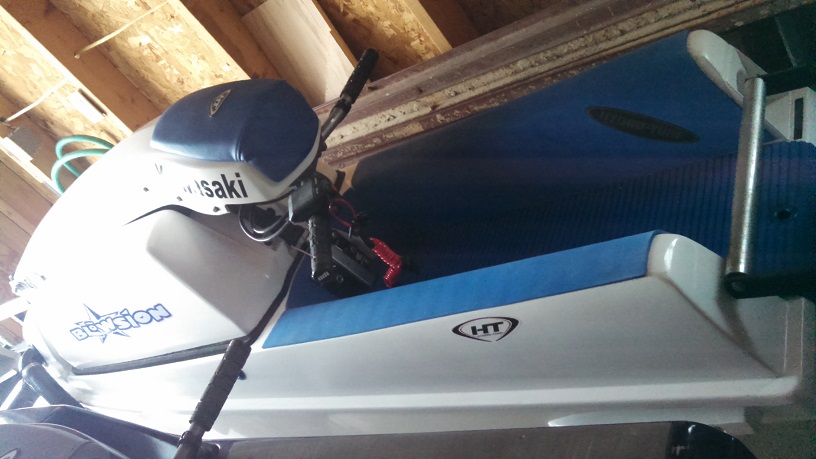 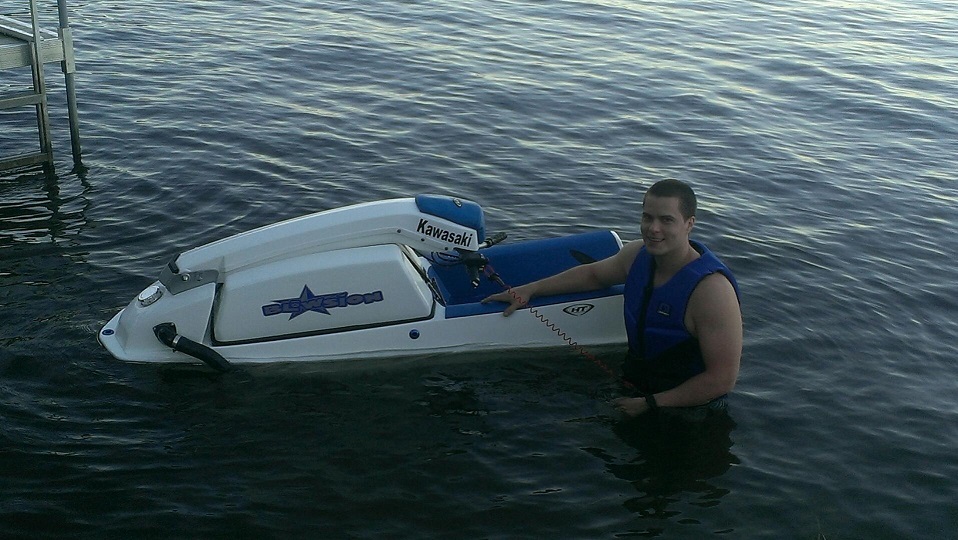 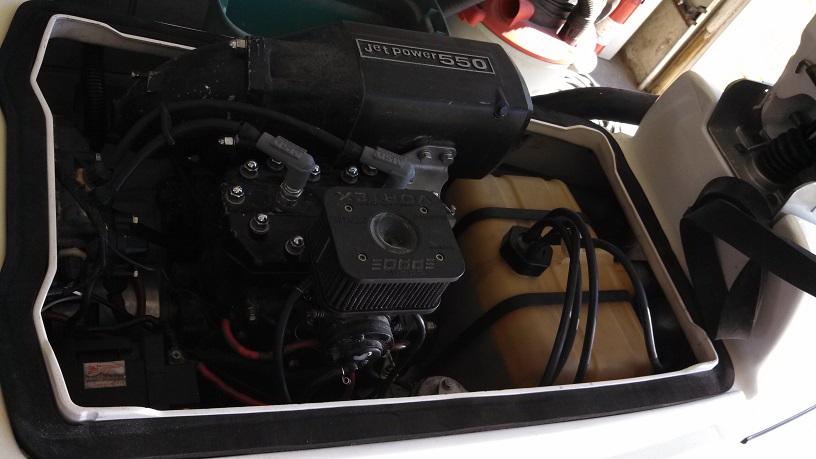 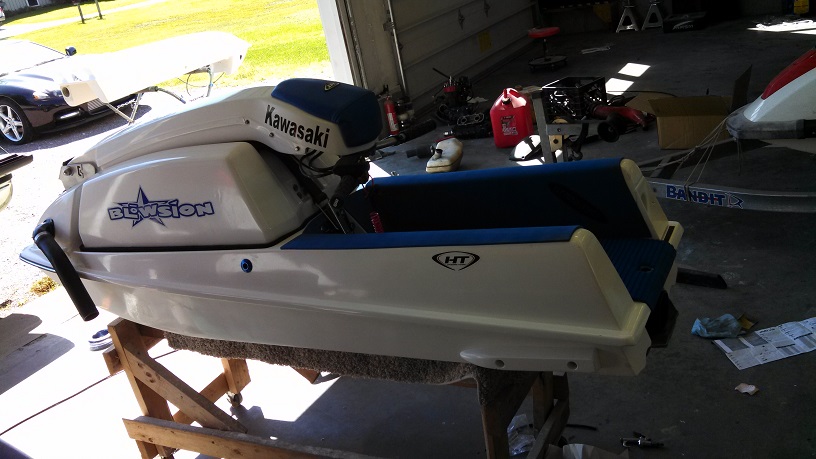